Florida's most popular retirement community, The Villages, is nearing completion and the developers have said they aren't planning to build another community like it anywhere else.

But that's not going to stop someone else from trying.

The St. Joe Company is one of Florida's largest landowners, and they are planning a community in Florida's Panhandle region that will have many of the same attributes (and attract the same type of buyers) as The Villages does today.

Get the Watersound Origins Brochure

If Coastal Living and Southern Living Had a Baby

Maybe the best part about what's to come here is the location.

I visited with the development team earlier this year and after a few short hours, I summed up how I felt about the place when I said “If Coastal Living and Southern Living magazines had a baby, this would be it”.

That comment sent up a few chuckles in a room full of execs, but that's really what it feels like in this part of Northwest Florida.

WaterSound is just 3 miles from the scenic beachfront corridor known as 30-A, and the town of Seaside, FL.

Seaside is considered the home of a design concept called “New Urbanism”, a movement which promotes walkable neighborhoods containing a range of housing types.

Seaside was also made famous a few years ago when it was the main filming location for The Truman Show, a movie starring Jim Carrey.

At the central square you'll find all kinds of restaurants, shops and boutiques.

They even have a row of vintage Airstream food trucks: A lot of the existing real estate in this area is fairly expensive. We're talking large “beachy” cottages in the $1 million plus range, but you can find some condos in the $400k and up range. Watersound Origins and the future iterations of Watersound will make living in this area much more affordable than it is currently.

Watersound Origins currently has homes in the $400,000 price range and around 2,000 sq. ft. I'm told that the plan is for future Watersound neighborhoods to have lower priced entry points.

A Perfect “Home Base” 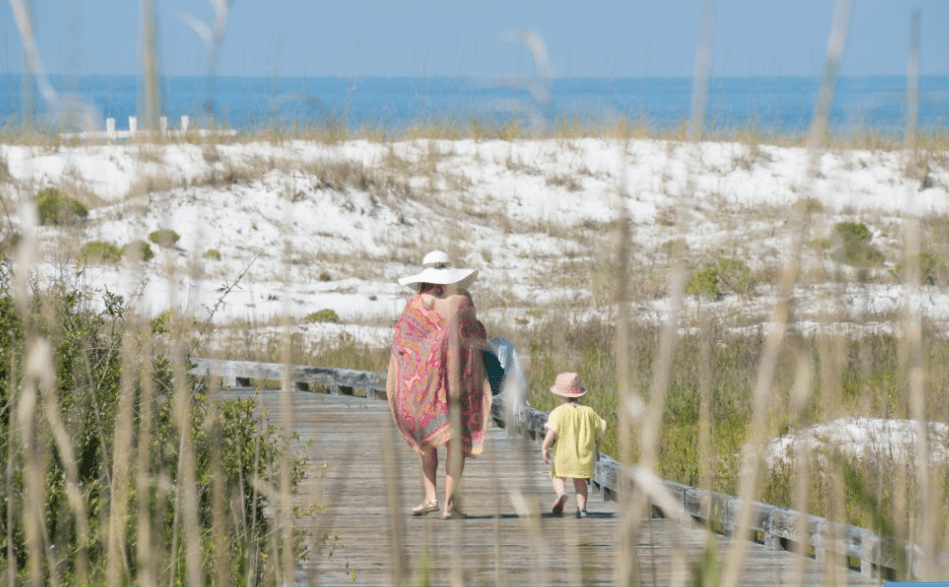 Retirees looking for a Florida home base that's a good jumping off point for adventure should be right at home here.

For one thing of course you've got some of the best beaches in the world at your doorstep. Seaside was recently named the “Best Beach on Earth” for families by Travel + Leisure magazine and included in USA Today’s “Top 10 Best Beach Towns in Florida (2013) by “Dr. Beach.”

There are also several fantastic state parks in the Northwest Florida region.

If this will be a second home for you, or even if its a permanent home but you plan frequent trips to visit friends and family, you'll be pleased to know that getting here by air is relatively easy.

The Northwest Florida Beaches International Airport (ECP) is approximately 23 miles from Watersound and is served by Delta, Southwest, and United.

About 45 miles away you've got the Northwest Florida Regional Airport (VPS) which has service by American, United, Delta and Allegiant.

Whether retirement is imminent for you or a few years away still, you should definitely put Watersound and this part of Florida on your list to check out. Watersound also offers vacation rentals that make it easy to come visit and explore everything the area has to offer.

Get the Watersound Origins Brochure